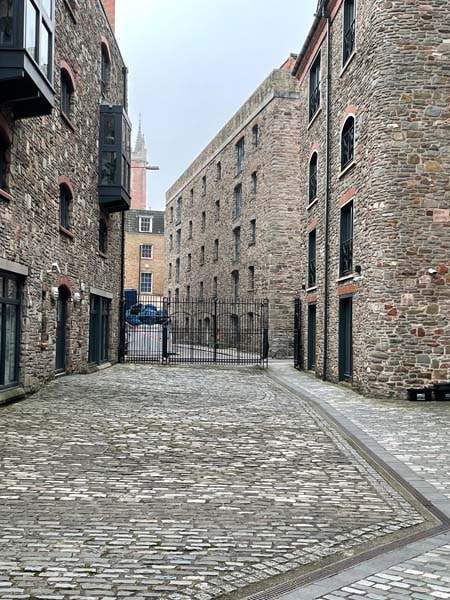 At the southernmost point of Clifton Down is an idyllic green flanked by Litfield Place, Harley Place and Christ Church. Penrose Cottage on Harley Road was home to the English writer, poet, and activist Walter Savage Landor who wintered here in the 1920s. Notable, he befriended and influenced the next generation of literary reformers such as Charles Dickens and Robert Browning.

Litfield Place, formally ‘Leadfield‘, is a reminder that the Downs were once quarried for the lead. Stone was also quarried. Residents raise complaints about these open quarries and, in 1833, a letter to the newspaper remarked on the exposed and dangerous state of the quarry between the Sea Walls and the Stoke Bishop Road which ‘without any fence presents a precipice of 20 feet’. The quarry by Upper Belgrave Road was filled in 1880. 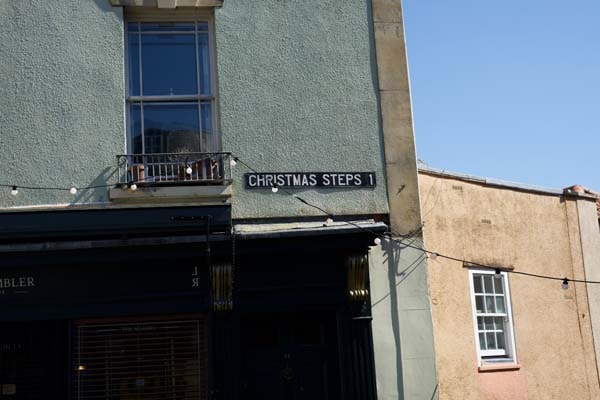 Christ Church was built in 1841 by Charles Dyer. The steeple was built in 1859 by John Norton, and the aisles in 1885 by William Basset Smith. The church contains relics from St. Andrew’s which was destroyed during the Second World War.

On the green, across from the church, the monument and obelisk are from Manilla Hall, where General Sir William Draper lived in 1767. Draper erected the monument in memory of his regiment, which died at the hands of the Spaniards during the capture of Manilla in 1763. The obelisk was erected in honour of William Pitt, Earl of Chatham.
Draper was also involved, in 1774, with a key meeting that agreed on an early set of cricket rules including the leg before wicket rule.

Facing the Clifton Suspension Bridge, Sion Hill is to the left. As you walk down the hill take the opportunity to view the Suspension Bridge, now on the right (you probably spotted it), a spectacular feat of engineering. Building work on Sion Hill commenced in 1784 and reflects many different styles of Georgian architecture with their pedimented doorways and segmented stone window arches. As you walk down, Caledonia Place is on your left. The opposite side is The Avon Gorge Hotel which housed The Clifton Pump Rooms which, in 1894, were designed by Philip Monro for Sir George Newnes. This was the entrance to the Clifton Rocks Railway, with a stairway at the south-east end. The Spa, which was fed by a deep borehole to the Hotwells 70m below, functioned until 1922, the room was then used as a cinema until 1928 and as a ballroom until the 1960s. Recently acquired by the Hotel-Du-Vin group.

Caledonia Place was completed in 1843 by architects T Foster and W Okely. Caledonia Place is the location of St. Vincent’s Priory. Built at the turn of the 19th-century, it has a cellar-like room accessed via previously hidden stone steps that were recently discovered under flagstones. They believed to have been built over caves with religious significance. There is speculation that the tunnels lead underneath the downs to the rock face.

Caledonia Place was built in the late 1900s and led through to The Mall. Most houses have verandahs with balcony-railings. Outside there are mounting blocks in-between the pavement and the road, recalling a time before the motor car. Number 16 has a plaque in memory of Lord Macauley (1800-1859), who lived here during 1852.

On the other side is West Mall. Many of the houses have retained original features including brass door-knockers and ornate foot scrapers.

On The Mall are the Clifton Assembly Rooms and Hotel, built in the early 19th-century and designed by Francis Howard Greenway, the “Father of Australian Architecture“.

The Assembly Rooms were converted into shops and houses in 1855. This was also the place where, from a balcony, a ten-year-old future Queen Victoria first waved to the crowds in Bristol.

Princess Victoria Street has many shops and leads to Prince’s Buildings, formerly Prince of Wales Crescent, built-in 1796 and still sporting the Regent’s feathers and the motto “Ich Dien“. Poet George Crabbe lived at number 4 during the Bristol Riots of 1831.

Further along on your right is The Paragon, built-in 1809. The houses have interesting curved entrance porches and doors. Opposite are stone steps up to Royal York Crescent, considered, at a quarter of a mile, to be the longest crescent in Europe. Building began in 1790, due to the great expense that was incurred in the building of the substructure and, in 1793, the original builders became bankrupt, as did so many others at the time of the French Revolutionary War.

Regent Street leads to Clifton Hill. On the right is Emmaus House, formerly Cornwallis House, a school with foundations dating back to 1696.

Across the road is the Bristol Nuffield Hospital at the Chesterfield, formerly Clifton Court, built by William Halfpenny in 1742. Next-door is the gateway to the church of St. Andrews, now demolished but with its churchyard still intact. Another fine house is Goldney House, owned by the University of Bristol, built-in 1720 by a Quaker grocer and containing an orchard, Gothic tower, an underground shell-lined grotto and a canal.

At the top of Goldney Avenue, you can enjoy great views of Ashton Court. From here you can enter Cornwallis Crescent, reminiscent of the crescents of Bath. Architect Francis Greenway took on a half-finished project after a speculative builder went bankrupt in 1793. He himself went bankrupt and resorted to forging a contract for which the penalty was death. His sentence was reduced and he was transported to Australia where he became, “The father of Australian architecture.”

Following the road to where you cross Granby Hill into Windsor Terrace. At the edge of the cliff, you will find a house known as Watt’s Folly. William Watt invented a unique method of making lead-shot. He spent so much money on the foundation of the property that he went bankrupt, only for someone else to complete his project. Two doors away, the house that Hannah More, an author, lived in from 1829-1833.
Walkthrough Victoria Terrace back onto Granby Hill and on the corner you will find Rutland House, which was used as lodgings for spa visitors. On Hope Chapel Hill is a Hope Chapel, built-in 1786. On the left is Kings Square with its secluded communal gardens.

At the foot of the Hill is Dowry Square, begun in 1717. People who lived here included Mr Robert Young, the famous surgeon, at number 6, Dr Thomas Beddoes at number 11, as well as others such as Humphry Davy and Peter Roget. Between them, they founded the Davy Lamp (safety equipment when mining), Laughing Gas (used as an anaesthetic) and Roget’s Thesaurus respectively. The Reverend R H Barnham, the author of, the ‘Ingoldsby Legends’, stayed at number 9.

Continue past Dowry Parade on the other side and along Hotwell Road. Walk around to the right and you will come to The Colonnade. This was originally a row of shops but is now residential. On the wall of number 1 is a plaque telling of the Pump Rooms and hot springs that emerged from the mud of the River Avon.

You can either turn around and head for the centre or carry on a short distance passed the now disused Clifton Rock Railway to a footpath that will take you back to the top of the cliffs close to the Suspension Bridge.

This road is particularly busy so, if health permits, the best route is up the path to the Avon Gorge Hotel for refreshments.